Add Value to Your Home with Solar

Western Solar > Why Go Solar? > Add Value to Your Home with Solar 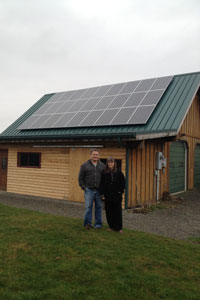 If you are trying to increase your home value or have a competitive edge in the marketplace, consider solar.

A study by the Lawrence Berkely National Laboratory and funded by the U.S. Department of Energy’s SunShot Initiative, released in January 2015, found that home values increase by $4 for every watt of solar installed.

A separate report by the National Renewal Energy Laboratory concluded that solar homes sell 20% faster and for 17% more than equivalent non-solar homes. One developer reported that homes sold within a year of being put on the market, two years faster than planned. Houses also sold for as much as $600,000 when originally priced $379-499K.

Based on a survey of home buyers:

Why are solar homes viewed as more valuable? 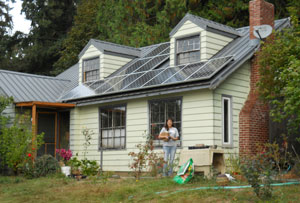 Lower Electric Bills: As the cost of electricity increases, the demand for a lower cost opinion is viewed as more valuable. On average, utilities have increased about 6% per year for the last 30 years. By going solar, homeowners can lock in lower rates and even get paid production incentives at up to 5x more than retail rate until 2020. These savings pass onto the new home buyer.

Great Warranties: Home buyers not only get the benefit of buying a home that produces its own power, but incentives and warranties transfer to the new owner. Depending on the manufacturer, panels can have up to a 25 year warranty. Equipment warranties can be transferred to new owners.